Back to all posts

A New Kind of Summer - written by Catherine Weingarten

Growing up, bathing suit season was something I feared.  The summer brought with it a nice break from school, time to hang with my kinda boring friends and bathing suit season.  Throughout the school year I had watched shows like “The O.C” where petite actress/models wore small colorful glittery bikinis and laughed, hair in the ocean, while they made out with random guys.  Could I really be that hip during bathing suit season?  Could I wear a glittery bikini and not feel self conscious?  Could I sun bathe like a Victoria’s Secret Model and flirt like I was ripped out of a page of Cosmo? 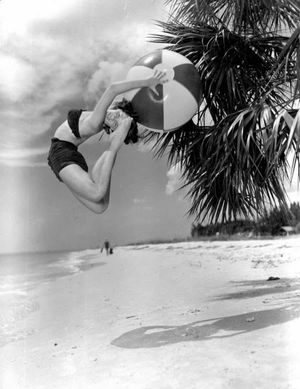 The answer was no; so I usually avoided the beach in general.  One had to earn going to the beach with their sheer coolness, hot bod and self-confidence.  This is an example of the problem with our “health obsessed” and “thin obsessed” culture.  We are telling our young women that they should “earn” wearing a bikini.  That in order to go the beach they should get a gym pass so they look like a random celeb like Miley Cyrus.  We all are different shapes and sizes; and that shouldn’t dictate who is hot enough to swim.  Every random chick who wants to swim should be able to swim (with some amount of dignity.)

I know that media and advertising are a big part of who is to blame for this issue.  But we can also watch the way we talk about bathing suit season and try our best not to fat shame.  By saying “why would she wear that bathing suit, ugh”; we are perpetuating the idea that only one body type can wear a bikini.  Everyone can wear whatever bathing suit does it for them and we should support that; instead of question.  In a culture where self hate towards our bodies is all too common; what’s one choice or action you can make to stop that?  This is a question that is perpetually burning in my mind.  But the truth is, does anyone want 13 year old girls going on extreme diets to wear bathing suits?  I think not.

These past few summers I have started to feel differently though.  For the first time I have started to judge my body less and just start to like it…a ton.  I want to wear a bikini because I think they are super fun. My friend bought me a super ridiculous pirate themed bikini with lots of gold on it and I have been wanting to wear it for a while.  I decide to wear it today.  For the first time I am ready to go to a beach and not compare myself to others in similar bathing suits.  It has taken me a long long long time to get to this point; but I’ll tell you something, it feels marvelous.